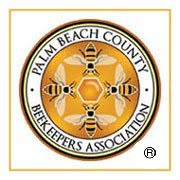 Beekeepers, If anyone has a bee related question please place that question here in comments or reply. We have some awesome beekeepers that are very happy to answer.

Please remember that the information expressed here are their Opinions.

Replies to This Discussion

LifetimePermalink Reply by Angie Thul on February 1, 2021 at 6:52am

Good morning, You will need to feed as long as they are taking it. Don't let the bottle get to the end because it looses vacuum and the liquid will run down into the hive. Yes, the hives will all consume at different rates because they are at different stages or strengths.

The entrance it will bee the indicator of a nectar flow. Depending on location will determine went the flow starts. In fact I just came off a mild flow.

I would think that you could soak the jar with the lid, maybe that will loosen it. Maybe someone else can chime in on this question.

I have some questions on feeding.  I have been feeding the hives but noticed they are consuming the feed at much different rates.  Should I immediately replace an empty feeder or can I wait and do them all at once?  How long should I keep feeding?  When should the next flow start?  Is there any secret to getting the lids off the jars easily?  Sometimes it is a battle.

I seem to have some jars where there is a layer of sugar at the bottom after it is emptied.  Any suggestions on how to avoid that?  I use hot water when mixing the sugar water.

GuestPermalink Reply by Florin Tudor on February 1, 2021 at 8:44am
For opening the jars, I turn them upside down in a bowl with hot water for about 30 seconds. The cap expands and it can open easier.

Can anybody answer a question I had. When does spring swarming starts and what are the first signs they want to swarm ? When is the best time to split them ? Would adding a second deep brood box prevent swarming?

I just checked on my hive this Sunday and there were 2 capped queen cels on 2 different frames. I am not sure if I did the right thing, but I split to 2 nucs...

10 days ago I split to another nuc as there was another capped queen cell. That nuc seems ok and they have active foraging bees.

Am I messing things up for them? I fed them for the last 2 months and all the frames are full of pollen, capped honey and what appears to be uncapped honey that looks very dark as it is in old brood frames. There was some brood but it appears that the queen does not have empty cells. I took pictures of the frames if anybody could help me and take a look...

Good morning, you will notice the spring build up when you see that they are expanding the brood area.  Once they start to make drone cells, it is an indicator to that will bee thinking about swarming in the near future.

Always make sure that there is some room in to brood area. it is tricky this time of the year because of the cold snaps, so making too much room is not good, along with the area too big can cause pests to have areas to hide.

Because drones are not plentiful...you know that because they are not making drone cells. The DCA (Drone Congregation Area) will not have good amount of drones for the queen to bee properly mated. This time of the year is not good for splits.... unless you can purchase a queen.

When swarm season upon us, you will have to keep room in the brood area for the queen to lay eggs. That is when you can do a split, or add another box.

Finally, if you have been feeding the bees sugar syrup. If it is in the brood area that is the reserve and they are using the syrup. Once they are no longer accepting the syrup then it is ok to put on the super but when there is a nectar flow.

Best to watch the entrance and look at the traffic that is going into the hive. It will let you know if there is a nectar flow of do you see alot of pollen on the bee legs.

Thank you for the good info, there is so much to learn about the bees, and so many mistakes to make...

Now, I am concerned about the queen ability to mate properly... There were many drone cells attached to the bottom of the frames 10 days ago, but since I though they were placed in  the "wrong places", and I thought that they were also queen cells,  I made another mistake of removing them.

Now, I wish I did not split them, as I do not want to have too many hives in my yard, but I just did not want them to swarm.    Next time, I have to just destroy the queen cells, but I watched so many videos about beekeeping and they did not mention to destroy the queen cells...  Most of the videos out there are from up north, and I think that beekeeping in south Florida is very different.

Did anybody else find drone or queen cells in their hives ?

Today, there was a lot of activity at the entrance of the main hive and one of the nucs as my loquat trees and bananas were in bloom for a few weeks and now the mango trees are in bloom.  I think that they have enough pollen and nectar but they keep bringing it in.   I hope that they are building new comb on the empty frames with foundations I added, but I will wait before checking again.

How often do you inspect the hives in this time of the year ?

The next 2 nights it is supposed to be in low 40s, so I bundled them up and reduced the size of the entrance to my Floridian bees :-)

LifetimePermalink Reply by Angie Thul on February 2, 2021 at 6:25am

Good morning, drone cells are usually on the top side or bottom of the frames, the outer edge. There are times when everything goes out the window and you find anything in any location on a frame. Like that was the space available at that time.

When the nectar flow comes, if they start backfilling the brood area that is a huge indicator that they need room. Nectar takes 3 times the room as honey because it has the moisture content still. It has been dried down to around 18% honey form.

If they are backfilling and nothing is done it will set them into a swarm mode.

The entrance is key, it is not perfect, but it can tell you alot.

Inspections by Florida Law requirements need to be done once a month. You need to register your hives, I believe that the link is in the links tab at the top of the website page to register.

Depending on what is going on in the hive is the indicator of how often to do an inspection, It is not wise, to do it too frequently, bees don't care for the disruption and it causes them to abscond.

LifetimePermalink Reply by Fred Beiderbecke on February 2, 2021 at 11:13am

What effect does this cooler weather have on the hives?  At one point do we need to worry about the hives and what can we do about the cold temps?

Fred, the colds temp don't last long enough to bee worried about. One thing the less time that the bees are out foraging on the colder days the more nectar and honey they are going to consume in the hive. Have to watch for that.

What effect does this cooler weather have on the hives?  At one point do we need to worry about the hives and what can we do about the cold temps?

I just found out the reason the bees were filling all the cells with honey and pollen and i could not see any eggs.   I inspected the hive today, and there was no eggs or larva so I have lost the queen.     Does anybody know where I can buy a queen ?

Eric, Kevin and the rest of you guys and gals that participated in last Friday's zoom call, I thank you for your insight and advice. I have two questions: I took your advice and checked for mites. I found zero mites in the cup. Is zero possible? The hive looks very healthy. The second question: it's a double deep set up and I have two frames of capped honey comb, no brood in the top box. Can I just put a queen excluder between both boxes or add a super? Thank you! Felix

Felix, sure zero is possible.  How many mite washes have you completed in your beekeeping career?  If this is your first, what procedure did you follow?

Is the bottom box completely full of bees all the way across the ten frames?

Paid 2022Permalink Reply by Felix Jimenez on February 9, 2021 at 7:31pm
Thanks Lee.  This is my second time checking for varroa and first on these bees.  I used the veto-pharma varroa easy check using an alcohol solution.  I took bees from a brood frame, dumped them in a shoe box,  let the foragers fly out and took about a cupfull into the easy check and filled it up the the second line with more solution.  Shook it for 60 seconds and checked.   No mites.  As to the bottom box, 8 out of the 10 frames have comb but those two outlier frames have never had any activity. To box has lots of bees too and as I said, two frames of capped honey.

Felix, sounds like you did it correctly.  I think there is some new research demonstrating a swirl of the cup is more effective. Was the colony treated for Varroa?

What you will have is a double deep ten frame - commercial hive with a honey super on top.   This is a large colony of bees for a beginning beekeeper.

Sometimes, even the gentlest of colonies when they get large enough become more defensive.  Additionally, finding the queen and managing a large colony presents added challenges.

There are other options...